How Do Matters of Child Timesharing Work for Unwed Parents in Florida?

How Do Matters of Child Timesharing Work for Unwed Parents in Florida? 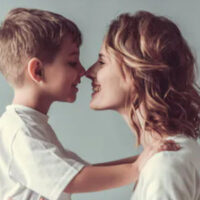 Parents go through a difficult time during the separation period regardless of whether they are married or unmarried, causing parents to struggle with child timesharing matters; however, unmarried parents face some unique problems. Due to these unique challenges, most unmarried parents feel confused and frustrated when they separate from the other parent. Many do not understand their rights as unmarried parents in Florida. Because of this, they do not know how to deal with child related matters.

Typically, unmarried fathers struggle with receiving timesharing with their child or children after they separate from the other parent. Unwed fathers face this challenge because, according to Florida law, a child’s mother is the default legal parent who holds all the rights after a child’s birth.  Mothers are not legally compelled to allow fathers to exercise timesharing; however, decisions made to sever contact between a father and child(ren) can have serious negative consequences for the mother as well. Despite the foregoing legal presumptions, fathers in paternity cases still have an equal opportunity to receive majority timesharing of their child(ren).

Because of the legal presumptions in Florida, it is important that unwed fathers take immediate and comprehensive legal steps to establish paternity to secure their parental rights as well as fight for their equal right to timesharing.

In Florida, simply naming a child’s father on the birth certificate does not automatically give the father legal parental rights. To obtain legal parental rights, fathers need to establish paternity. The importance of establishing parentage can never be emphasized enough. Establishing paternity grants a father parental rights and provides a child with several benefits, such as timesharing with both parents, family medical history, social security death benefits, just to name a few. Thus, to determine paternity, an unwed father needs to file a Petition to Determine Paternity. Courts usually order DNA testing to establish paternity to a scientific certainty.  DNA testing can be requested by the mother, father, and/or the court. There are situations such as child support enforcement cases where paternity can be deemed to be established if and when support is established. The Father has the right to request a DNA test during this proceeding but many unrepresented fathers do not understand or realize this right. It is possible a person can be adjudicated to be a father in a child support case when that person is not the biological father of the child at issue.  This can be a tricky situation if the father is not represented by counsel. No matter how the paternity proceeding commences, it is extremely important to be represented by counsel.

What Happens After the Establishment of Paternity?

Generally, after the establishment of paternity, courts handle unwed parents’ child cases in the same way as previously married parents. In Florida, unmarried parents also have the right to request timesharing rights, just like previously married parents, and both parents have a duty of support.  Again, timesharing of a child or children is determined based on the child’s or children’s best interests.  The analysis and options for timesharing are the same in paternity cases as in divorce cases.  Therefore, it is important that unwed fathers are represented by counsel.

If you are an unwed parent in Florida and need help with child custody matters, contact a Jacksonville child custody attorney today at The Lasky Law Firm to receive the help you need.

By The Lasky Law Firm | Posted on January 15, 2021
« Florida Divorces: Three Common Divorce Myths
When Is a Premarital Agreement Considered Invalid in Florida? »