What Floridians Should Know About Gray Divorce

What Floridians Should Know About Gray Divorce 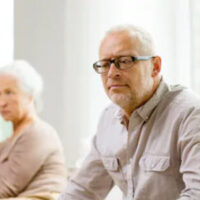 According to a publication titled “Gray Divorce: A Growing Risk Regardless of Class or Education,” contrary to popular beliefs, the divorce rate in the U.S. among the general population over the past two decades has declined, but doubled among older couples aged 50 and above.

When older individuals, generally aged 50 and above, divorce, their divorce is considered a “gray divorce.” Most gray divorces involve couples that have been married approximately between 20 and 30 years.

Some of the common reasons for gray divorces include;

Despite the reason behind a gray divorce, an older couple that decides to get divorced risks facing unique challenges that are not commonly associated with younger couples. Mostly, older couples who have been married for a long time have larger amounts of assets, while younger couples, who have been married for a short time, have fewer assets. Because of these large amounts of assets, concerns about how the assets will be divided are common during gray divorces. Additionally, older couples mostly lack the earning potential that younger couples have. Therefore, during a gray divorce, financial concerns that arise due to the lack of earning potential, are primarily bound to be at the forefront.

Florida can award alimony to any deserving individual regardless of whether the involved parties are young or old so long as the statutory criteria are met; however, older individuals have higher chances of being awarded alimony. This is because Florida courts usually consider the length of the marriage among other factors when awarding alimony. The longer the length of the marriage, the higher the chances of an alimony award.  Moreover, older adults, especially those approaching retirement age, do not have the time or opportunity, or possibly the health, to earn an education and achieve an income comparable to the other spouse.  In sum, long-term marriages are more likely to result in a party receiving long term alimony.

Unlike in divorce cases involving young couples, life insurance is an issue which will come up.  There have been recent changes to the law which require special circumstances in order to require either party to maintain a life insurance policy.  In addition, life insurance can be expensive, even cost prohibitive for older adults.  Thus, again, it is important to have competent counsel represent and advise older couples who divorce and have issues of support.

If you are going through a gray divorce or one is imminent and need legal help, contact the qualified Jacksonville divorce attorneys at the Lasky Law Firm today to schedule a consultation.

By The Lasky Law Firm | Posted on June 25, 2021
« What You Should Know About Florida Parenting Plans
Florida Child Support Modifications: Learn Some Basics »