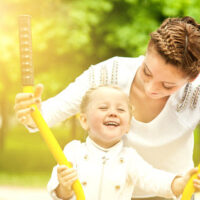 Florida courts generally encourage frequent and continuing contact for children with both parents after a divorce as this is in every child’s the best interest.  There is presently a legislative proposal that a 50/50 timesharing schedule is presumptively in a child’s best interest; however, that legislation has not yet passed.  For now,  many judges order equal timesharing or something very close.

How Alcohol Use Can Influence Timesharing Decisions

Florida courts also take into account anything that can affect the welfare and interests of a child when making timesharing decisions. Usually, the main concern in a situation where a parent abuses alcohol is that he or she may not be able to provide his or her child with a safe and conducive environment. When one parent claims that the other will not be able to care for his or her child and keep his or her child safe because of a drinking problem, the court does not take such claims lightly. Claims of alcohol abuse may weigh heavily on a timesharing agreement because such agreements aim mainly to protect and maintain a child’s best interests. In fact,  proving that your child’s other parent abuses alcohol or disproving that you don’t have a drinking problem can be equivalent to the other parent or you losing or retaining timesharing privileges.

Alcohol abuse claims must be substantiated to a reasonable degree in order to hold weight.  Simply claiming that someone abuses alcohol is not enough. So, just because your child’s other parent told the court you abuse alcohol does not mean the court will deny your timesharing privileges.  Just because you told the court your child’s other parent is addicted to alcohol is not enough to convince the court to deny him or her timesharing privileges either.

Some of the things that can be used to prove patterns of alcohol abuse include;

In some cases, one parent may be able to obtain medical records or similar records; however, those records are subject to HIPAA protections and are not easy to obtain.  Each individual has a patient – doctor privilege of confidentiality and that privilege is difficult to overcome.

Parents also sometimes request testing of the other parent.  One such test is the EtG test. Again, it is not likely to be ordered solely on a claim of alcohol abuse. Usually, courts order such a test after receiving documentation of past incidents involving excessive alcohol use or other such compelling evidence.  Please keep in mind, even in a case where evidence is presented to the court, there is no  guarantee the court will mandate an EtG test or any other type of testing.

When it comes to disproving claims of alcohol abuse, a parent can, for example, bring in a witness who can testify that he or she has been sober for a considerable period and is not at risk for a relapse, thus not at risk of harming his or her child. For example, a parent can bring in an addiction counselor or a social worker.  A parent can voluntarily subject himself or herself to testing as well.  This may be undesirable but it can help to disprove alcohol abuse and maintain timesharing with a child or children.

If you have a pending timesharing case and need help proving or disproving alcohol abuse claims, reach out to one of our Jacksonville family lawyers at The Lasky Law Firm today at 904-399-1644.

By The Lasky Law Firm | Posted on April 7, 2022
« Adult Dependent Children And Child Support
Can You Request Alimony After Divorce Proceedings Are Finalized? »